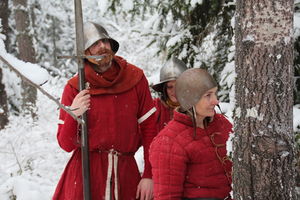 Several types of media have been produced regarding the Granlands-campaign, including but not limited to;