Granland (Swedish: Granland or literally "Land of Pines") or Granlandskampanjen (Swedish: The Granland Campaign) - is an immersion-style Swedish soldier LARP campaign created in 2008 by Stockholm-based organizers Hampus Ahlbom and Felix Antman Debels as a spin-off from the game "Uvudden" organized in 2007 by Matilda Utbult. Though parts of the fiction was originally developed for Uvudden, the spin-off gained a much larger following and crowd, organizing at its peak 5-6 games a year. The campaign takes place in a fictional medieval world with the same attributes as the real world - placing Granland in the "low-fantasy" or "no-fantasy"-category depending on preference. Granland was one of Swedens most active larp-campaigns between 2008 and 2014, with about 3-4 games per year in average, but has since declined in activity after both main organizers decided to move on and work with other projects. The campaign has been described as highly ambitious and well organized with focus on realistic immersion, social realism, high-quality equipment, role-playing and character creation. The campaign also involves elements of war, which are used as a catalyst for creating and improving the mutual immersion. The main focus of the campaign is the cultural conflict between the progressive nationalist nation of Granland, and the traditional and deeply religious organisation known has Heliga Armén (Swedish: The Holy Army). 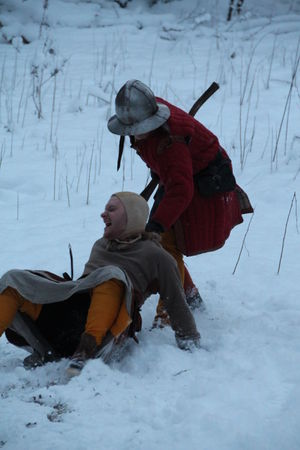