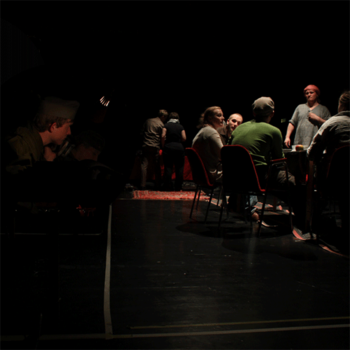 In a tape larp, adhesive tape is used to define spaces in the gaming area by marking them out on the floor. It is a cheap and easy way to build scenery, and lends transparency to the game.

The concept of using tape for imaginary walls and set pieces was borrowed from the movies Manderlay and Dogville, by Danish director Lars von Trier. Similar aesthetics were utilised by the German drama scholar, director and playwright Bertolt Brecht, and has seen continuous use in stage theatre throughout the late 20th century.