The Grey before giving birth to a new small city

Valve (Awake) was a larp campaign played in three consecutive summers, comprising of altogether nine events in 2011-2013. The first year of Valve received support from the Alvar Aalto Foundation and Ropecon ry. The basic idea was to study whether immersion to a character would alter the way the players perceived their everyday surroundings. The main subtext for the campaign came from Pedro Calderón de la Barca's play, Life is a Dream (1635). The campaign was designed to combine three separate storylines with each utilising their distinct but intertwined fantastic settings.

The first of the storylines was science fiction, summoning inspiration from such sources as classical Greek tragedies and albums of the prog rock band Coheed and Cambria. The world and people in it were salvaged from a wrecked starship by that ships AIs, whose original purpose was to perform a prophetic algorithmic drama on the ship. After the wreckage these special AIs, now freed from ships bounds, began to bend the whole planet to their cryptic dramatic whims. The other two storylines were more mythical in nature, drawing inspiration from world creation myths and gnosticism.

In Valve many different larp techniques were tested, with varying degrees of success. There were for instance live sound design, scuba diving, theatrical experiments, modern dance, fireworks and van kidnappings. The campaign was played in various surroundings at Helsinki, including museums, galleries, streets, parks, private apartments and office buildings. The 10-meter dragon built in an abandoned railway tunnel was noted by the street art community The Wooster Collective, which included it to its blog. The campaign was documented extensively with video and photography and so far one short film apart from the introduction video has been completed from the material.

Photographs in the gallery are from several games of Valve and are all taken by photographer Tuomas Puikkonen. 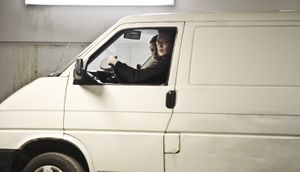