In the nordic tradition, a Participation Contract is a non-legal contract that attempts to outline and formalize the responsibilities and promises between a larps organizers and the players. It can contain information on, for instance, play style, player safety issues, content, conduct, specific techniques etc, in order to make sure that players really understand what kind of game they've agreed to play. 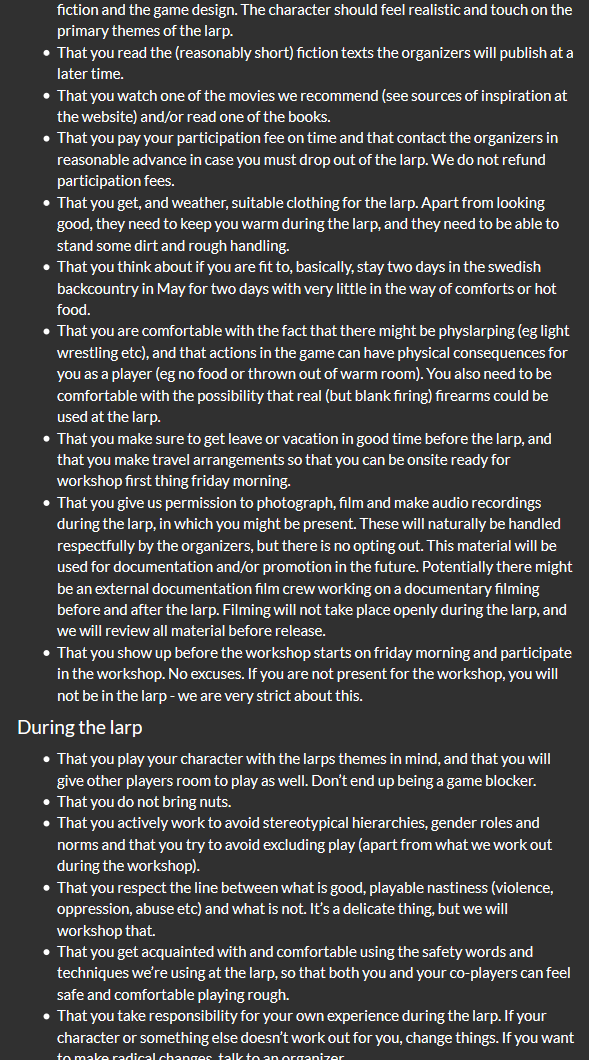