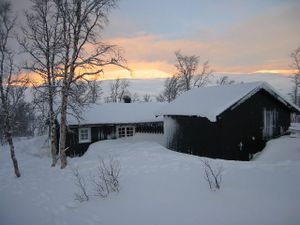 The winterlarps moved the action away from running in the woods with rubber swords into classic home and family situations, including negotiating between groups about marriages, resources or religion. Girls were often more clever and conspicious than the young male participants in improvising and driving the interaction between the characters in such situations. These larps were a crucial factor for the relative gender-balance of participants in Oslo; they helped recruit a majority of the first female organisers of Norway.

1942 and Once upon a time are included in the Nordic Larp Book. 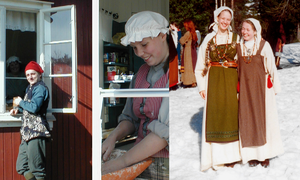 Participants stayed in character while sleeping, eating, and visiting toilets. This made almost every location an active part of the game. Occasionally, players making dinner or doing dishes might make the kitchen temporarily or permanently into a off-game area, but apart from the kitchen and the organisers' own sleeping quarters, the ideal was that all the time and space avaible would be a part of the larp. Since the cabins were relatively crowded with people, the idea that any indoor location was not part of the diegesis was viewed as limiting to the game. It might not have been a conscious choice of the organisers, but the relatively young playergroup would get so agitated anyway, that it was difficult to ban participants from sneaking around other sleeping players, or from kidnapping people when they went to the traditional outdoor toilets in the dark. On the contrary, the designers of the games promoted these kind of activities, urging participants to play with the borders of the diegesis by the design of secret cults of kidnappers, and by secret ritual brotherhoods that would demand that characters wake up at night to perform secret activities, hidden from eachother.

The difference between summerlarps and winterlarps would be that the vast majority of players would not have access to any magical or supernatural powers. There might be characters like druid or a norse volve present, but the supernatural would be in the hands of the organisers in forms of sound effects, pyrotechnics like smokemachines, and especially in the form of staged visits of supernatural creatures dressed up and instructed by the organisers.

Participants were divided into family groups of 10-20 people. Normally the size of the group would match a selected house which would be the base location for this groups play. Participant factions would meet regularily up to 6 months prior to the game, to decide on common clothing, plan for food, special customs or other appropriate excercises. In one game the group playing samipeople memorized some 100 words of Sami and used grammar intended to be totally incomprehensible to the rest of the participants. Skis that would give a period impression were prepared. Old tools were brought to the game. Axes for cutting trees and making firewood. Shovels for digging in the snow.

The evening before the start of the larp, participants would decorate their living quarters, get into costumes, make food and be only partly playing their characters. They might do last minute practice of names of related characters. Individually people would be testing the way of talking in-character, and often practice common songs related to the diegesis or the the overall genrè of the larp. More importantly, participants discussed routines such as when to wake up, dishwashing, fetching water, maintaining the fire, and cooking and established time and reponsibility for common meals and other practical matters. An organizer would oversee this and balance it with the Scheduling and the Storyarc of the larp.